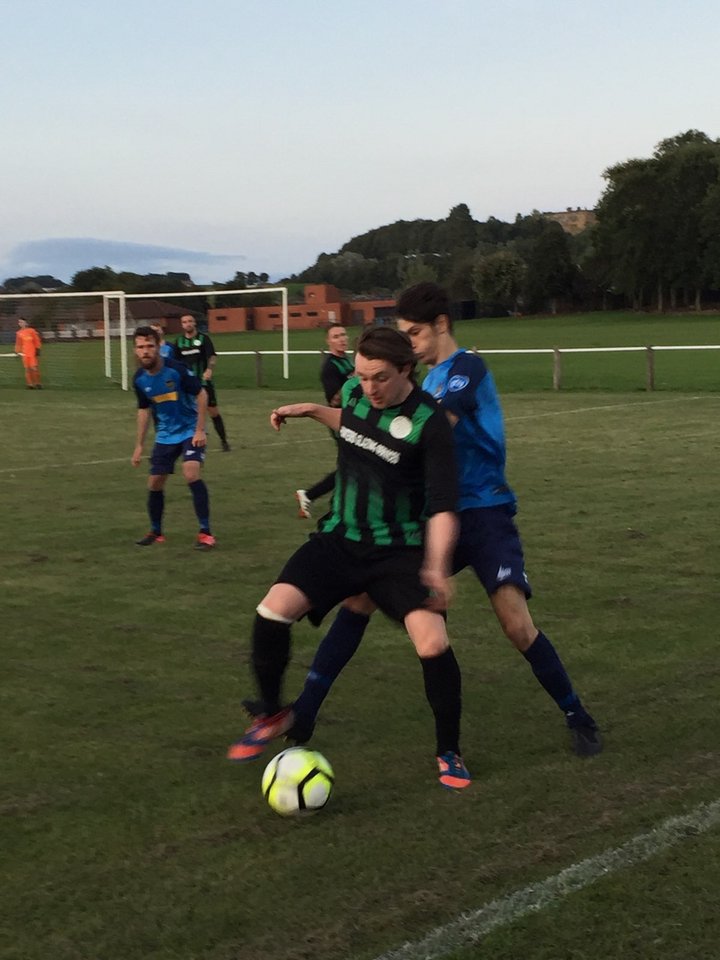 There was disappointment for Middlestone Moor Masons Arms tonight when they lost to Hebburn Under 23's in the final of the Durham Minor Cup.
Masons, runners up for the second year in succession, went a goal down after just five minutes when Hebburn took advantage of slack marking.
Matthew Levitt, playing in his fifth final for Masons, was much the busier of the two keepers in the first twenty minutes.
Hebburn added a second in the twenty fifth minute and netted a controversial third just before half time when they broke following advantage on the half way line.
Masons had left a mountain to climb after a poor first half. The second forty five minutes provided no further goals and Hebburn ran out worthy winners.
Before the game Masons Stuart Savage told the column "Think we are due one" Sadly it was not to be and Masons have now won just one of their five finals.
Pic: Clem O'Donovan